Halloween Kills: A Post Pandemic Response to the Slasher Genre? 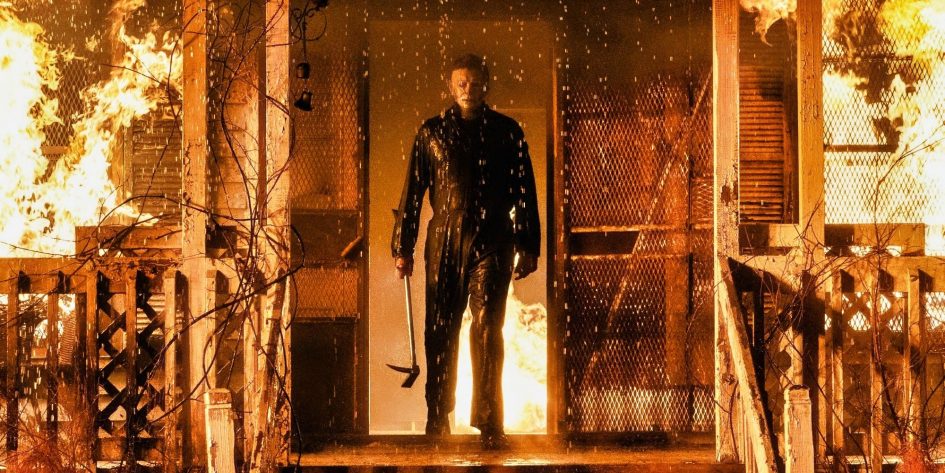 Okay, clickbait title aside, obviously Halloween Kills was made pre COVID and was pushed back a year because of the pandemic, but hear me out.

There’s a scene in a hospital where an angry mob forms, tired of their fellow citizens being picked off one by one. So they try and take matters into their own hands when they probably should have just stayed at home to stay safe and wait for this all to blow over.

Halloween Kills is all about giving into the rage and the fear and the madness in the midst of an onslaught of terror and death. I’ve heard many reviews mention that a lot of the characters in this movie act stupid beyond reason in approaching killing machine Michael Myers. But after the year and a half we’ve had, I don’t find this unrealistic at all.

People are usually at their worst in the midst of calamity and don’t react the most rationally. Should that queer couple have bolted as soon as they heard someone upstairs instead of going after the threat with comically tiny knives? I mean yeah. But most of us overbought toilet paper for no reason last March, so… yeah. People can act stupid and selfish and primal when their scared of the unknown threat.

But obviously this comparison was never intended when the movie was conceived and it’s not exactly one to one, but fascinating nonetheless. The age old criticism of horror and slasher films about characters making dumb ass decisions isn’t as far fetched as we all thought.

In fact, the social commentary on the danger of the mob mentality brought the biggest surprise of the movie for me; a Halloween movie ALMOST made me cry. I won’t spoil anything, but the actions of the crazed mob lead to the tragic death of an innocent man that’s so heart wrenching and brutal, I’m shocked it’s in a Halloween sequel.

Brutal is the key word for this movie. This is the goriest mainstream movie since Evil Dead 2013. But I think it had to be. A lot of reviews point out that it didn’t, but it’s a movie about a deranged serial killer. Like, we SHOULD be disturbed by the shocking and tragic violence. The movie is a deeper dive into the chaotic nature of evil than Michael has ever had before.

Evil IS brutal and random and chaotic. We try to peg reason and logic to evil, but we can’t. And evil can produce more evil until we’re staring a monster in the face in the mirror.

But enough bullshit analysis, is the damn movie any good? For a movie series that ignores all previous sequels, there’s a lot of Halloween 2 and 4 in here. Laurie is once again sidelined to a hospital and once again an angry mob of locals goes after Myers guns blazing.

Also we go back into the original film from a new perspective. And I’m happy to report that the inclusion of Loomis is more Doctor Sleep than Rogue One. Also poor Nancy Stephens has died in this franchise yet again, now in her third timeline! But everything is upped to eleven this time around. Haddonfield finally feels like a character and the citizens are fed up. This is a welcome fresh approach to the franchise for sure and I appreciated the hell out of it for that.

But it’s obviously not without its faults. Lonnie and Tommy probably should have been combined into one character. We don’t need a tragic backstory for the kid Loomis yelled at in a racist voice. We also didn’t need Lindsay and Nurse Chambers in the movie if they were just going to write them out immediately. We could have trimmed a lot of the fat from the middle of the movie.

It’s certainly a second movie awaiting a third and the middle act really feels the brunt of that. Laurie can’t face with Michael this time because we have to wait for the final showdown next movie. Michael can’t eat it this time around for those same reasons. Doesn’t make it a bad movie, just the weakest one of the three narratively I predict.

There’s some great themes and ideas, but yes Halloween Kills is mostly what the title promises. A lot of kills and wheel spinning until we get that finale next year. It’s not going to be everyone’s cup of tea, but for someone like me who holds Halloween up there with Evil Dead, Alien, Chucky and Scream as one of his favourite horror franchise; I kinda loved it and Halloween Ends can’t come fast enough.