Tyler Reviews: Hangover III: The Film That Created the New Todd Phillips and Ushered in Joker 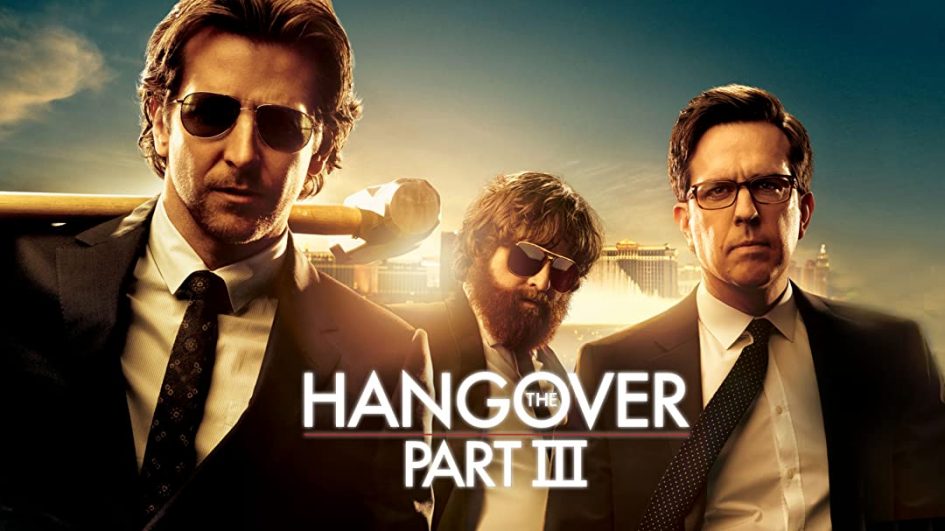 After Joker was hailed as some kind of masterpiece (it’s not), I was interested in revisiting Todd Phillips least loved movie, his third entry in the Hangover “franchise.” This baffling studio “comedy” serves as the connective tissue between movies like Road Trip and his awards darling Joker. After the first Hangover, Phillips was clearly over making studio boner comedies. Unfortunately, everyone loved the shit out of the Hangover.

So we got two more Hangovers and Due Date. There’s more dark and grit in these movies, from the way it’s shot to the subject matter to its characters to the grayish green color palette; it’s all grimy nastiness. Hangover II was essentially a dark brooding remake of the first film that showed the nasty consequences from the “bachelor party” shenanigans. Drunkenly stealing a tiger or marrying a hooker was played for light laughs in the first film. Losing a finger and getting pounded in the ass by transvestites are shown with the horrifying consequences they deserve. Todd Phillips was growing up and he’s making you question laughing at any of his antics.

Then there’s Hangover III. There’s barely a laugh to be had. If II was a dark remake, III was going to be a pitch black response to both previous films. Alan needs mental help and he needs to grow up. Chow needs all kinds of help and he needs to be locked up. As many have said, it’s more of a dark thriller that occasionally remembers it’s a comedy. But more importantly, it’s a mission statement from Phillips.

He’s DONE, not only the Hangover franchise, but sophomoric boner comedies in general. Joker somehow made a billion dollars. My thoughts on Phillips’ Scorsese clone are irrelevant. Like the recent Malignant, I always find it fascinating when mainstream filmmakers use a studio film as their own therapy. Obviously the Hangover didn’t need to be a franchise. Phillips knew this and was obviously using Warner Bros writing him huge checks as an excuse to work through where he was in his career.