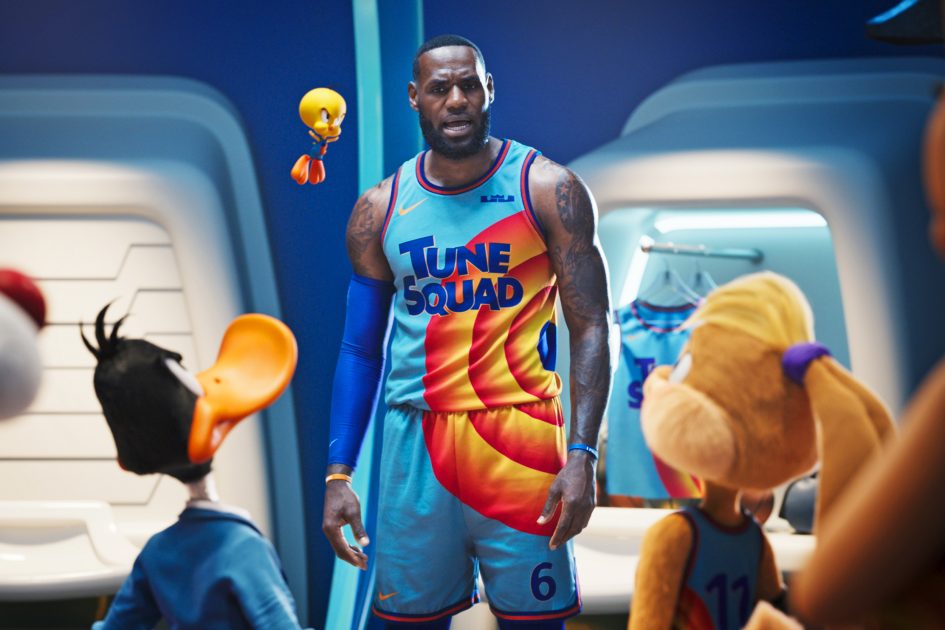 Well, here it is. You all asked for it. I felt sick leaving this movie and quickly gave it a one star review on Letterboxd with an Arrested Development quote as my only review: “I don’t know what I expected.”
Against my better judgement, I decided to bump this up to two stars. I actually loved the entire middle of this movie. Once animated Lebron lands in the toon world up until Lola’s scene in Themyscira is where the movie really shines. The toons are gorgeously hand drawn animated and entirely in-character this 20-30 minute stretch of the movie, as they hop from one Warner Bros property to the next.

– Some great gags with Bugs and Lebron in the Tune universe that feel very much like the glory days of Termite Terrace.
– A trip to the Bruce Timm DCAU that gave me a whole different kind of nostalgia.
– John Williams’ Superman theme, Danny Elfman’s Batman theme and Hans Zimmer’s Wonder Woman theme are all used through the different DC universes.
– Rosario Dawson as Diana Prince instructing Lola through the obstacle course from the opening of WW84. More excellent Bruce Timm-esc designs in a comic book panel inspired sequence that has the best use of Lola since Kristen Wiig.
– Rick and Morty randomly dumping Taz on the tunes.
– An amazing, yet all too brief sequence of Wile E Coyote as a war boy chasing the Roadrunner on the Fury Road. Quick blink or you’ll miss it cameo of Nasty Canasta as a blood bag.
– Aspect ratio changes to 4:3 for the black and white Casablanca sequence.
– Fudd as Mini-Me. That is all.
– Foggy as Daenerys. That is also all.
– Bugs as MC Hammer for no reason got a huge laugh out of me.
– Also Big Chungus, I guess.

So, as someone that hates the original Space Jam with a burning passion, I did not expect to have a good chunk of this movie be this much fun.

Oh, but the rest of this movie is hot garbage obviously. The first chunk of the movie is just Lebron having a generic family movie conflict with his son before they get sucked into Don Cheadle’s HBO Max advertisement, er, uhh “serververse.” Then the last third, or the big game, is an ADHD, CGI, corporate synergy nightmare.

– Lebron can’t act. He was funny in Trainwreck, yes. But he got to ad lib with talented comedians under the direction of Judd Apatow. Not act against a green screen directed by the man who brought us Scary Movie 5. Big difference.
– The Tunes come into this thing late, get some decent screen time in the middle like I mentioned, and then get sidelined hard in the last third.
– Why is this thing almost two hours long? I don’t want to praise the OG movie but Space Jam is a lean 88 minutes with 10 of those minutes dedicated to closing credits.
– Speaking of which, is it weird to say I kinda respect the original film for at least knowing it’s not a real movie so it doesn’t even try to be one? Like, Bill Murray, Michael Jordan and the other athletes and cameos could fucking give a shit in that movie. No one takes the stupid plot seriously. They all know it’s a cynical corporate commercial. Wayne Knight is the only one having fun.
– This movie like tries to have a plot and character arcs and a villain and stakes and none of it works AT ALL.
– One last comparison to the original film, and I promise it’s the last time I’m ever going to say something nice about it. The end game feels very quaint compared to the CGI, Ready Player One horrors of “A New Legacy.”

– No rules or stakes in the big game. Like if the tunes were traveling and fouling hard in the first movie, they are literally making shit up as they go along this time.
– Okay, I lied. One last nice thing I’ll say about Space Jam ‘96. That soundtrack slaps. The opening credits set to the Quad City DJs get you hyped as hell for the stupidity that follows. Pump Up the Jam, Let’s Get Ready to Rumble, Fly Like and Eagle I Believe I Can Fly (Written by Peter File); they’re all bangers. None of that this time.
– CGI Looney Tunes are horrifying. Tweety, Daffy and Roadrunner fair okay. But everyone else DOES NOT translate well to 3D, especially my boy Bugs.
– CGI Lebron/Cheadle hybrid will also haunt my nightmares.
– Why waste funny people like Lil Rey and Sarah Silverman and give them nothing to do?
– The cosplaying Warner characters are distracting and awful. The IP characters are odd looking.
– Iron Giant is clearly the model from Ready Player One. You can see his arm is still being built like it was in that movie. He doesn’t murder anyone this time around thankfully. Lebron even has an adorable line about the Giant meeting his hero Superman when he’s putting together his dream team.
– 2D animated Nerdlucks shown twice during the game, even tho the rest of the cartoon characters in the scene are CGI. This is clearly lazily taken from the original Space Jam.
– This is also been said, but I want to make it clear. The Looney Tunes are not family. They’re not an ensemble like the Muppets. They don’t love each other, they don’t even like each other. Other than Tweety, Bugs and Roadrunner, they’re all selfish losers. Most of them want to eat or kill the other ones. They were in their own self contained cartoons and only crossed over when it made sense. Any touching, heartfelt moment is going to fall flat on it’s ass.
– The reason Bugs and Daffy were able to have more heartfelt conversations now and then in Back in Action is because those characters have a history together.
– Also, Back in Action is as close as we’re ever going to get to a great Looney Tunes film and I will always treasure it for that.
– Speaking of which, one of the spectators next to Lebron’s wife looks a lot like Joe Dante. He would have been in pain too and I truly hope he didn’t have to sit through this.
– All the Looney Tunes except Daffy visibly hate turning into CGI models.
– The Michael B Jordan joke is cute, but obvious. He should have stayed to play with them and been the Bill Murray of this movie.
– Bill Murray has a photographic cameo playing golf with Bugs Bunny during the credits that made me smile.

Damn this thing is long, but I had a lot of thoughts on this shit. I don’t regret seeing it in the theaters because of those solid 30 minutes in the middle, but the rest of the movie is an awful, cynical, CGI hellscape of corporate synergy. Movies are back in theaters, but cinema may never truly come back.