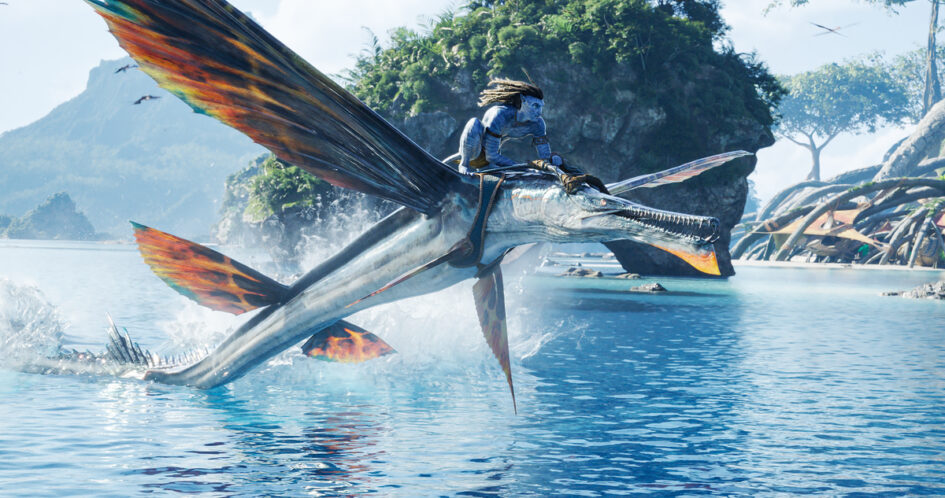 The excitement of a new Avatar had me very eager to see this movie, but I feared after 12 years it would be hard to get roped back into the world of Pandora. From the start, Cameron builds up the world around you, making you quickly feel like it’s only been a year or two since the last movie.

Avatar: The Way of Water brings viewers back into the world of Pandora, reuniting them with protagonist Jake Sully and introducing them to his family as they confront various dangers on the alien moon. I think the creative decision to align the movie timeline with the time that has passed in real life played to the film’s advantage. The characters span a range of ages, making it easy for viewers to identify with them and their internal struggles, which often mirror those that we as humans experience in our own lives. This helps to make the alien setting feel more relatable and human. The movie boasts impressive worldbuilding, with director James Cameron’s use of CGI allowing the film to seamlessly blend live-action and special effects. The introduction of a new coastal village in the film provides a wealth of visually stunning opportunities, which the movie expertly takes advantage of. The use of CGI to bring the film’s characters and settings to life is hardly noticeable.

As I watched the movie, I couldn’t help but be impressed by the stunning visuals and seamless CGI. Every scene was a feast for the eyes, and the action sequences were elevated to a whole new level from the original movie. One of the standout features of the film was the stunningly rendered underwater sequences, which were bursting with vibrant colors and teeming with exotic plant and animal life. Cameron did an exceptional job of introducing new and imaginative species, and the nighttime scenes in particular were a visual feast. In addition to the impressive visuals, the film’s score played an important role in creating a sense of both familiarity and novelty. The inclusion of familiar themes from the first movie alongside fresh and innovative compositions effectively enhanced the overall atmosphere and added depth to the new characters and settings introduced in the film.

Despite its lengthy runtime, this movie never felt tedious or bogged down by unnecessary filler. Each scene served a purpose in driving the story forward and helping the audience connect with the characters on a deeper level. The captivating visuals kept me fully engaged and invested in the story, making the time fly by. Where this movie falls short for me is the villain. It seemed there was more of an emphasis on the development of the new characters rather than on the antagonist. The motivation for revenge feels like more of an afterthought than a script that was 11 years in the making.

James Cameron has expressed a strong desire for audiences to experience this film in theaters, and after having seen it, I can understand why. The movie is a true cinematic event, with breathtaking visuals and a sweeping story that fully immerses the viewer. If you are able to make the time commitment to sit and fully engage with the movie for its lengthy runtime, I highly recommend seeking out a theater with the largest screen available. You won’t regret it.