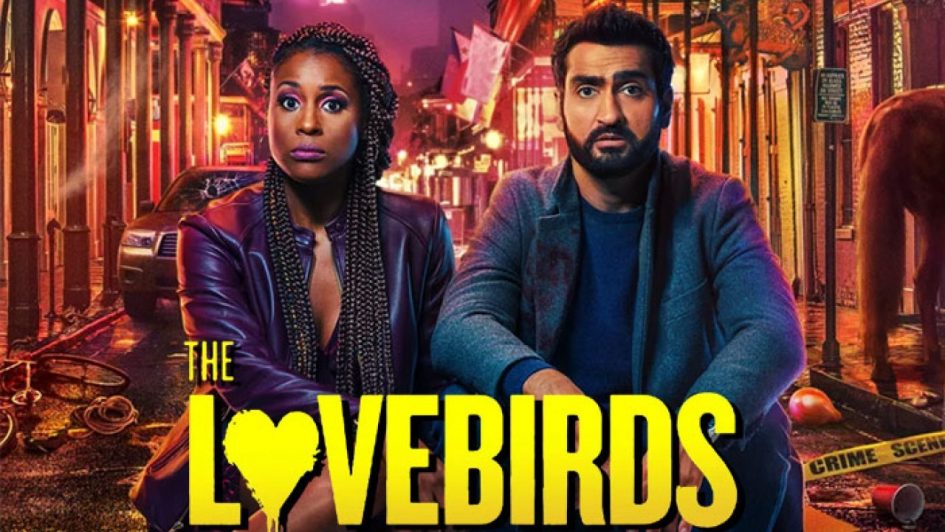 The Lovebirds, starring Kumail Nanjiani (The Big Sick) and Issa Rae (HBO’s Insecure), was originally scheduled for a theatrical release on April 24th, but due to the onset of the COVID-19 virus pandemic, it was pushed, and then the rights for distribution were purchased by Netflix.

Movies of this ilk often showcase all of the funny moments in the trailer, and regrettably this is the case for The Lovebirds. That said, there are still some great “romantic comedy” moments, and the chemistry between Nanjiani and Rae is not terrible, but it’s certainly not Ryan Gosling and Rachel McAdams quality either.

It’s difficult to explore more about this film without spoilers, but to say this movie is not the movie the trailer portrays it to be would be an understatement. This is clearly revealed in the first ten minutes of the film, and ends the film in a super predictable manner. As disappointing as that fact may be, Nanjiani and Rae both offer likable characters, and I feel like for the first time we are seeing Kumail showcase some of his leading man chops.

One interesting piece. It is clear throughout the film that Nanjiani is carrying the physique that he worked so famously to gain for Marvel’s The Eternals, but in spite of offering moments for visibility, they shy away from revealing his obviously toned torso. Makes one wonder if Marvel want’s to control that reveal for their movie, set for release in 2021.

Overall, the movie was an enjoyable, albeit predictable romp in the romantic comedy genre, with no clear standout performer, but an overall positive sheen over the movie. It’s not Shakespeare, but writer Michael Showalter, who directed Nanjiani’s breakout writing/leading man foray in The Big Sick, wrote a believable script with some great comedic moments for both Issa and Kumail to shine in.

Underutilized in the movie for sure is one of the stars of the Pitch Perfect franchise, Anna Camp. She has a horrible Southern drawl (in spite of the movie being based in Louisiana) and it helps to carry the comedic timing of her short screen time. With no other overly recognizable players, the movie is graded right along the curve, and settles as being a mediocre comedy, with a “neat” little romantic interlude.

If you are subscribed to the streaming service, this is a good watch. Falling a solid fourth place in the recent slew of Netflix movie releases, just above the David Spade vehicle, The Wrong Missy, and right after All Day and A Night, The Half of It, and Extraction, it’s not going to be a waste of time to view.

Abbreviated Review Rating: 3 out of 5 ★’s