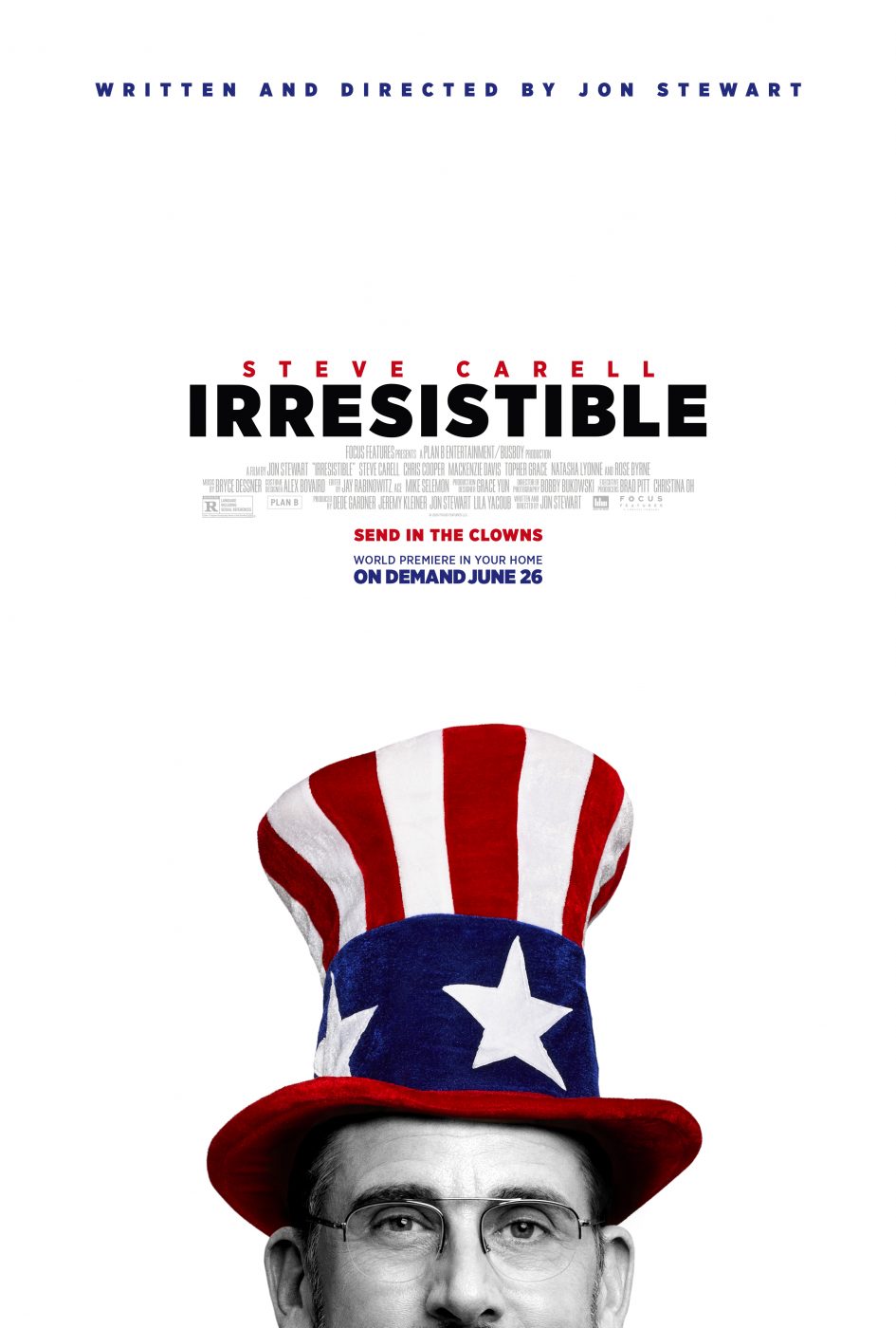 In a timely film, written and directed by Jon Stewart, Steve Carell plays a Democratic political strategist, who offers the services of his team to a retired serviceman in a small Wisconsin town. After being convinced to run for mayor against the Republican incumbent, Colonel Jack Hastings (Chris Cooper) asks Gary Zimmer (Carell) to handle the campaign himself. Begrudgingly, Zimmer agrees, and the circus certainly comes to town.

Rose Byrne plays the schisty Faith Brewster, Zimmer’s Republican counterpart, and really bookends the story with Carell. Smaller guest turns by Topher Grace and Natasha Lyonne slide brilliantly into the narrative, and a silent but paramount role by Mackenzie Davis as the daughter of the Colonel, round out a really brilliant cast.

Well written, and directed, by Stewart, it certainly carries some of his political undertones and mindsets which Americans saw on a daily basis when he hosted The Daily Show on Comedy Central. I don’t want to give too much away, but I will say this. Watch the movie ALL the way through. It certainly takes a turn, and really works out well in the end.

Quick note, Will Sasso and Eve Gordon provide some excellent comedic timing, and two very likable tertiary characters, so keep an eye out for both of them throughout as their humor is very subtle.

Overall, a really good movie, and I would love to see more political humor from Stewart in the future.

Abbreviated Review Rating: 4 out of 5 ★’s