Abbreviated Reviews: My Mom and the Girl 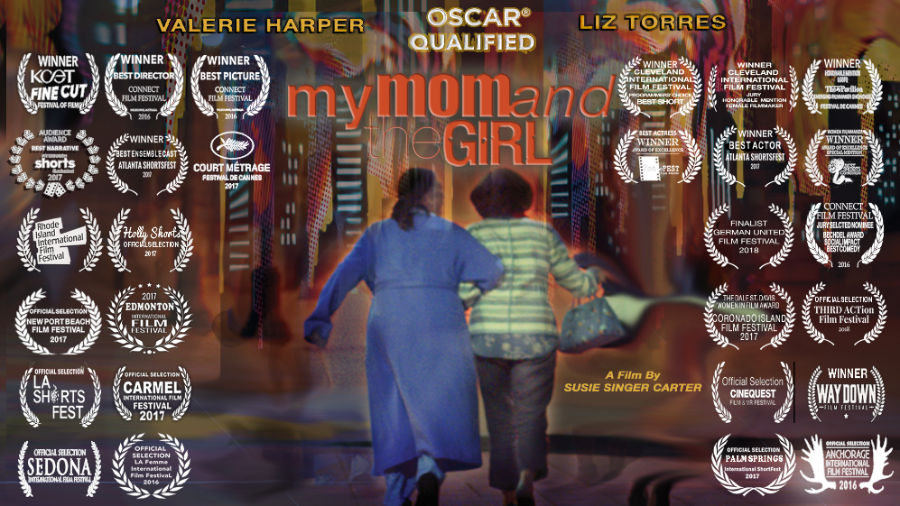 So I stumbled onto the short film, My Mom and the Girl, while visiting a podcast group I am a member of on Facebook. The film’s writer/producer/director, Susie Singer Carter, had posted a link to her ALZ related podcast in the group, and I had contacted her to make a connection with a friend who dealt with some of the day to days of being the primary caregiver for a parent with ALZ. I decided to give the short a watch, as it was readily available to me on Amazon Prime.

The short starts with a late-night episode with her mother (played epically by Valerie Harper, Broadway and Hollywood star extraordinaire prior to her passing in August of 2019), and jumps right into the day to day of the reality of dealing with a parent in the late stages of ALZ, or being a caregiver (played wonderfully by Liz Torres).

Now, I can say with certainty, that I have very little knowledge which would allow me to empathize with Susie’s character in the film, but as someone who lost his grandmother to ALZ and Dementia, I understand the loss, before the actual “loss”. This was a powerful short film, and I recommend giving it a watch, especially if you have experienced this sort of personal trauma in your life.

The film was lauded with awards*, and was indeed Oscar eligible in 2018, however was not included. Overall, a good and easy watch, with a story that fills the short runtime to the brim.