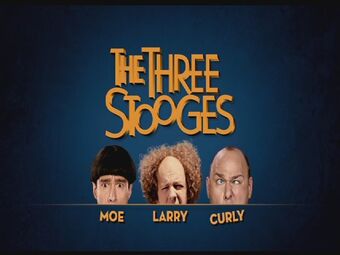 One of the most frustrating movies ever made. The Farrelly brothers clearly adore the source material, as they’ve been trying to get this thing made for the better part of the decade, and it shows. The three leads are a revelation. It’s so much more than imitations; they make Howard, Fine and Howard live and breathe again. The Stooges have been lifted from the thirties/forties and transplanted into the early 2010s, and the movie is better for it.

However, as well performed as the Stooges are, they are trapped in a mediocre studio comedy. Which, to be honest, isn’t the worst thing in the world. It’s a barebones plot designed to hang gags and slapstick on. Hell, the original Stooges are no strangers to starring in mediocre studio comedies. Moe, Larry, Curly, Shemp and Curly-Joe have all been shoehorned into mediocre feature films made by studios that had no idea what to do with the trio for 90 minutes.

The problem is, we’re trapped in a mediocre studio comedy script from the early 2000s. Lots of stunt casting, terrible child actors, fart jokes, bad fish out of water gags about iPhones, a baffling instantly dated appearance from the cast of the Jersey Shore (Although Moe Howard poking Shnooki in the eyes gave me so much joy), and worst of all, a disclaimer about the violent slapstick at the end. Comedy comes with a disclaimer now. Hooray?

All these things thankfully aren’t enough to kill the movie. But it’s still frustrating to think of what could have been if this movie had a better script and the studio kept its grimy mitts off of it.

Here’s hoping they get these three actors back for a biopic of the Stooges, or at least a better constructed sequel.