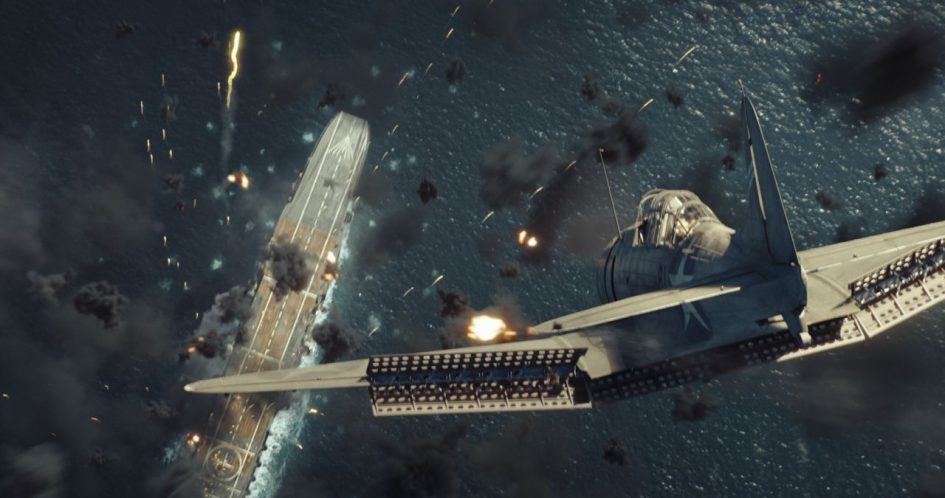 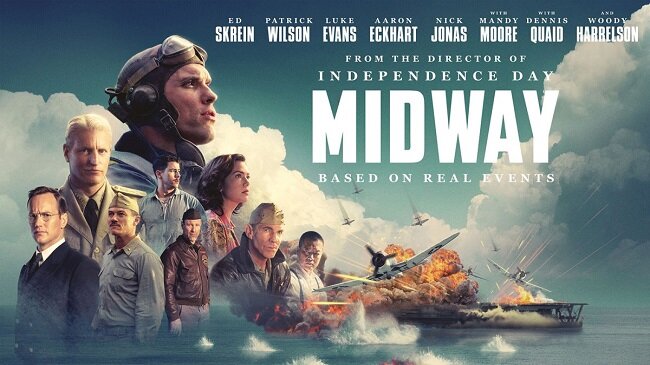 The film was directed by the disaster schlock master of the 1990s, Rolland Emerich and was his retelling of the turning point of World War II, the Battle of Midway. Now, right away an action schlock director helming a serious World War II movie brings to mind Michael Bay’s 2001 Titanic rip-off Pearl Harbor. Well, I can say it’s leagues better than Pearl Harbor at least. Actually, the first 30 minutes of this film are a way more effective movie about the bombing of Pearl Harbor than the over 3 hours of Michael Bay’s movie. Other positives include some pretty good cinematography that complements the various action scenes as well as a lovely color palette that carries over into the many dialogue scenes. Costumes were period-accurate and well put together as well. Nothing about this movie looks cheap. Additionally, the movie is well cast and functions as a kind of fun as a game of “Spot the Character Actor.” Patrick Wilson, Dennis Quaid, Mandy Moore, Luke Evans, Woody Harrelson, and many other familiar faces show up now and then to turn in some solid performances.

Now for the bad. Rolland can’t help but be Rolland and overstuff the screen with uninteresting characters to kill time until the next CGI laden action sequence. Which illustrates my next point, there are multiple scenes of this throwback period war movie that overuse green screen enhanced computer effects. Seriously, if your war movie really looks like a Star Wars prequel, you might want to rethink how you’re filming your action scenes. The Battle of Midway is no stranger to film and remains a fascinating piece of history. This movie isn’t awful by any stretch but makes no distinguishable effort to be anything worth remembering. I feel like this could’ve been better under another director with a better script.