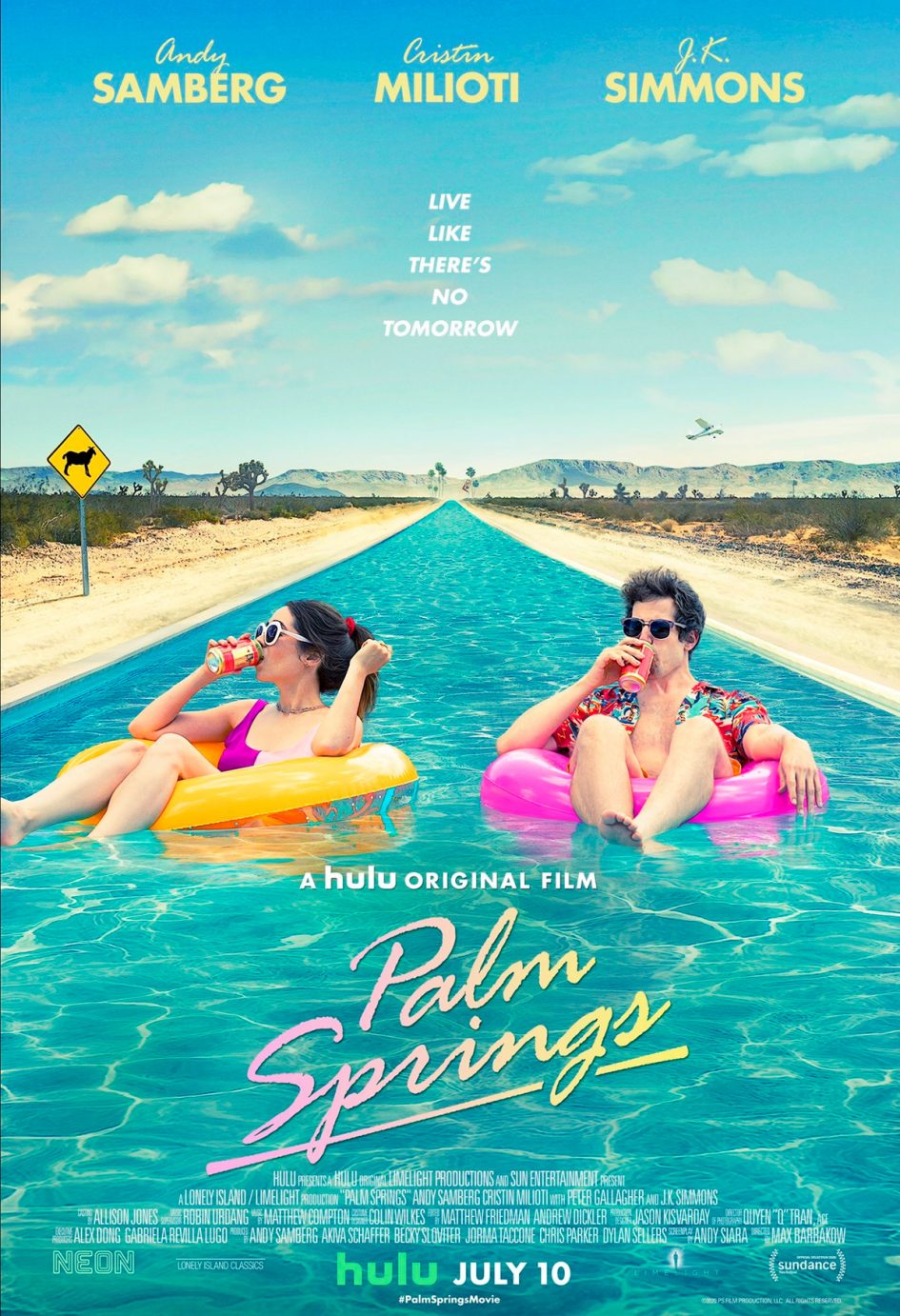 I have often been criticized for not being the biggest fan of Groundhog Day. I mean, Bill Murray is a legend, and 100% of the reason to watch the movie, but it was just lacking something for me.

Turns out, maybe that “something” was Andy Samberg and Andy Siara. Now, you may say, “Who is Andy Siara?”, and with good reason. Not a big name in the film industry, he penned the screenplay for Palm Springs in his second year at AFI, comparing the early script to more of a Leaving Las Vegas-style flick, rather than Groundhog Day. After pairing up with first time director, Max Barbakow, and finishing the script, which led to the addition of a science fiction element, Lonely Island, Samberg’s production company, came on board. This partnership led to the record setting rights purchase at Sundance of $17,500,00.69 (the extra $.69 tacked on just to beat previous record holder, Birth of a Nation, at $17.5 million) and distribution by Hulu.

Set at a wedding in the Southwest, the wedding date of November 9th keeps repeating itself and leads to high jinks reminiscent of the cycle of Groundhog. However, where it separates itself from that film is the comedy of Samberg, and the casting of Cristin Miloti. I first discovered Miloti in How I Met Your Mother, and have quietly followed her career since, including her brilliant stint on Black Mirror on Netflix.

I have struggled with Samberg and his chemistry with other actresses he has worked with, but in this film the chemistry between Miloti and he grows on the “daily”, and really finds it’s place in the last third of the movie.

A brilliant turn by J.K. Simmons as a “mercenary” style character who hunts Samberg’s character, really fills out a really great cast that carry the story brilliantly.

This is a movie that deserves to be watched and enjoyed, and one that will be added to my annual ‘watchlist’. I encourage you to take the time and watch it.